When our parents were children, they played with LEGOs quite different than the ones that we play with now. Their LEGOs were blocky — no curves — just plain old bricks.

Now I (Liam) found myself sitting in the car, driving back from vacation. We’d been in the car for hours, and I was riding alone in the back seat. I’d read all my books, played all my games, and now the only other thing with me to save me from severe boredom was a bag of 2×2 yellow LEGO bricks. I had just bought them at LEGOLAND Florida for another project (which hope to feature it in another post or video), but it was all I had. So I decided to build something. I thought it would be fun to try to build a lion, since lions are yellow. I set about building, and before long, I was astonished to find that something that resembled a cat was taking shape in my hands!

Once I had decided that the lion looked good enough, I still had quite a few bricks left. So I began to create more creatures. I had just enough bricks to build a python and a giraffe. And that is how Animals of the African Savannah was created. (See photos below.)

These animals — a lion, a giraffe, and a rock python — are all created out of yellow 2×2 LEGO bricks. This type of LEGO creation is abstract — meaning that it tries to capture the shape and idea of something, rather than including all of the details. When trying to build this kind of model, you have to use one kind of brick, in one color, but apart from that the possibilities are limitless — a pile of green bricks could become a frog on a lily pad, or it could become a green motorcycle — whatever you want, just as long as you have enough bricks to build it!

It can be really freeing to not have to worry about every single detail, but to focus more on the model as a whole. I think that building an abstract model now and then is a really good exercise, because it helps you to think more about a model as a whole, and to envision the overall outcome. Having this skill can be extremely helpful when building more detailed models. 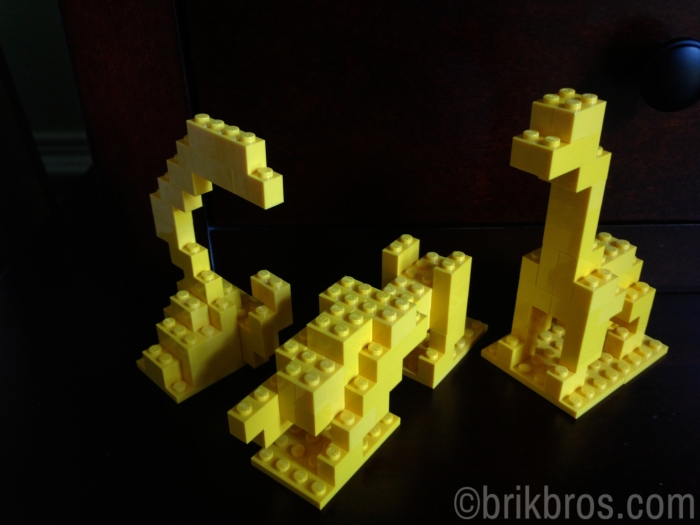 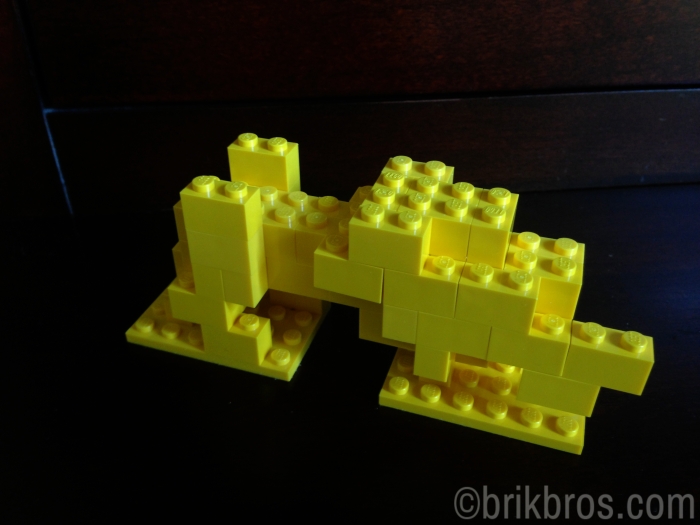 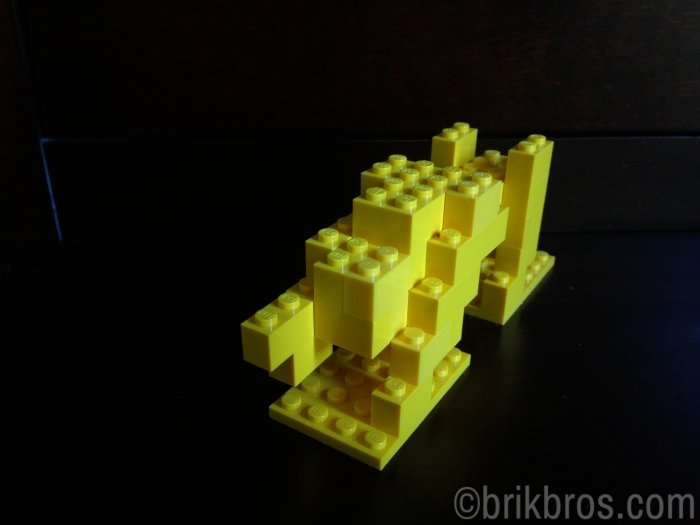 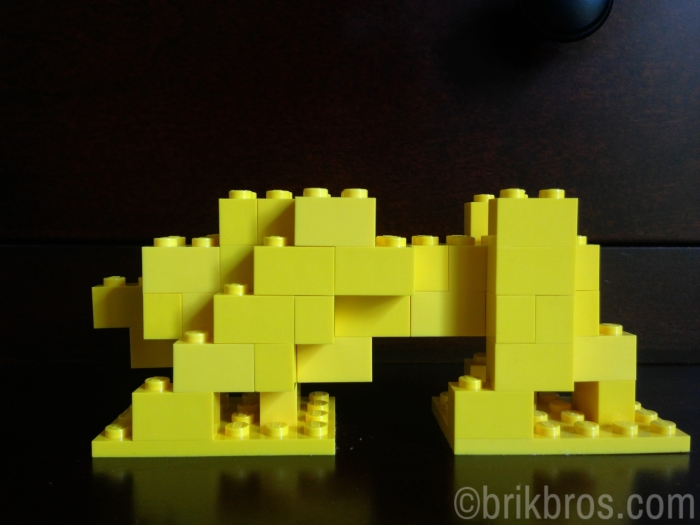 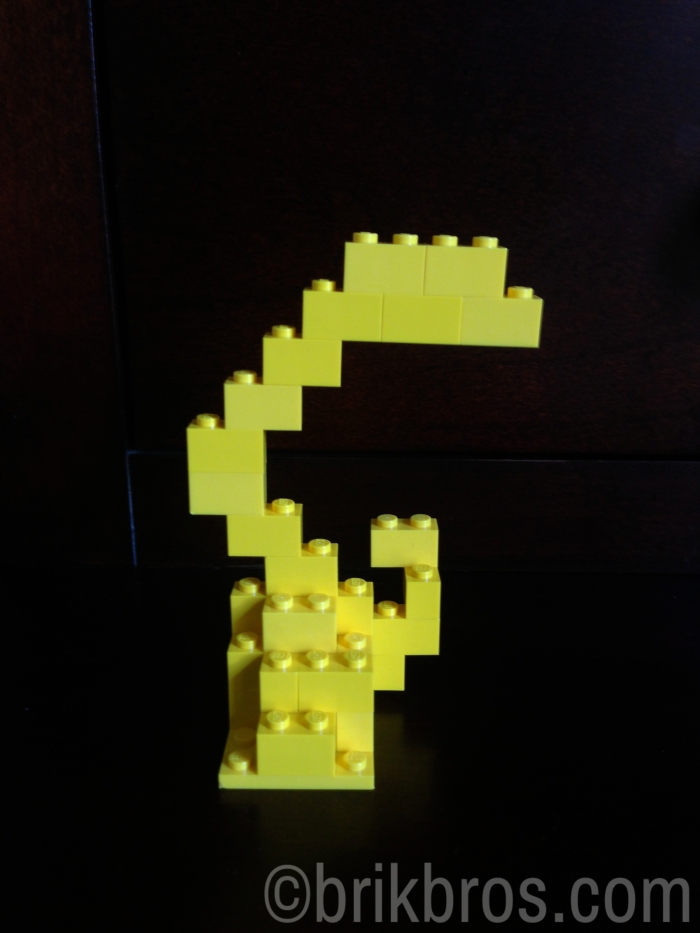 View all posts by brikbros